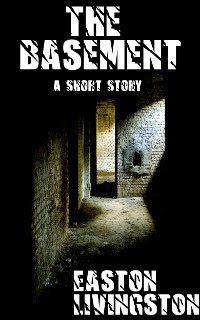 I wanted to pop in to tell you the lowdown on what’s going down.
I said that The Basement was going to be out this weekend in my last post. But, as life would have it, we’re going to be delaying that by about a week here.
Here’s the thing…
I’m in a heavy editing phase and the story has grown into something quite unexpected, even for me It just barely makes it as a novelette though it still could be considered a long short story. Plus, I’m doing more than a couple other things so it’s a little slow going for this one.
Now, I know that the four of you aren’t exactly wring your hands with anticipation. But I wanted to at least give you a heads up this time. So, you at least have to give me kudos on that.
After The Basement, there will be another story in The Dark Corner series. Originally there were five stories in all but it has now been extended to six. After that, I will write a short story that will begin to tell the story of David Blackson which leads up to my first novel in The Poltergeist Chronicle, Blackson’s Revenge.
We got big plans here in the R.I.U. So stick with me. We’re just barely gettin started here.

2 thoughts on “The Basement and Other Sundry Items”