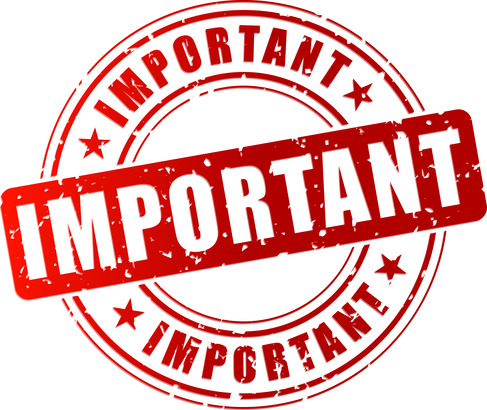 We are coming to the end of February and a lot of things have transpired in that time here at RIU HQ. That being said, this post may be a little long in the tooth but it’s going to explain everything that has been going on behind the scenes as well as things that will be coming up in the near future. This has gone a bit under the radar. It’s been released for about a week and a half now. The final episode of The Dark Corner series is out and available at all major online retailers. If you remember in my recent post, I had made a boo-boo with part of the series and so it’s in a strange kind of flux right now. If you are an RIU Citizen, then you get this book absolutely free. If not, it’s a novella that’s listed on Amazon the cost $.99. It ties all the stories together and leaves some room for expansion at a later date. So though the story ends, it’s not over for all of these characters. When I will be returning to them is a question I can’t answer now but I do have a desire to return to them at some future date.

You can go ahead and download it by clicking the following link: The Confrontation.

I had explained in a previous post that the third book in the series was supposed to be exclusive for RIU Citizens. But because of my faux pas in listing all of my books that were available at the time in Kindle Unlimited, it forced me to change plans. When I first released The Gift, it was $.99. Since that time, I have the book listed for free because it was supposed to be free, to begin with. You can download it here: The Gift.

Now, it’s a little different because it’s the middle story and the other two before are listed for $.99 until April 13th. There’s nothing I can do about that at the moment since I’m locked in. After that day, however, the first three books in the series will be permafree. I have sufficiently learned my lesson.

But you won’t have to wait until then. I have five “free” days where I can promote any of the episodes. My plan is to use two of those days this weekend, February 24th and 25th. That will be the time where you can get all five of the episodes for free. It will be for a limited time because I am only doing this for two days, so I’m giving you a heads up to get ready. In the interim, you can go and download The Gift now and wait until this weekend to download the rest of the series. However, if I decide to push back to a later date, and you’re not going to know because you’re not on my mailing list so the best thing for you to do is to get on my mailing list as an RIU Citizen and make sure that you don’t miss any updates so that you will know for sure when the whole Dark Corner series will be free.

In addition to The Gift being free, the final touches are being put on the audiobook version of The Visitor. Once again, RIU Citizens will receive this for free. This is a thank you for those who have hung in there with me this time as I am developing my brand and my library of work. Every episode of The Dark Corner will have its own audio version. That brings me to some more news.

Very soon you’ll be seeing a new section on my website which I will call the RIU Archives. Instead of having to go to all the various portals to look for my material, just come straight to my website and go to the archives and buy things directly through there. A full complement of my e-books, print books, and audiobooks will be made available. That is being worked on as we speak and you should see the whole Dark Corner series listed at the RIU Archives. I’m working to see that RIU Insiders will always be able to get the first releases of audiobooks weeks before they show up at online retailers like Audible and iTunes right here in the RIU Archives. In addition, some books will be discounted for limited times before the hit online retailers as well and go up in price. This is an exciting new aspect and I can’t wait to have the first part of this unveiled to you soon so watch for it in the next coming weeks.

The month of March is the month of the release of my first novel, The Poltergeist Files: Blackson’s Revenge. I have been talking about this for some time now. We’re putting the final touches on the last chapters and will go into the editing phase next week. At the same time, we’re going to be promoting this
from the beginning of March for three solid weeks. The tentative release date for Blackson’s Revenge is March 27th.

Wow. Good googly moogly. I looked at all that and said to myself, “Man. That is a lot.” But it’s all for my current and upcoming fans. And though you may not believe it, there’s even more on top of that. It’s crazy, exciting, and fun. And much hard work. So I need to get to it folks.

Look for another post soon. Until then, I’ll see you in the Tapestry.