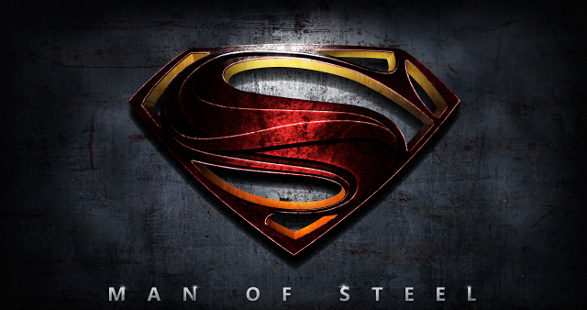 I am a geek. No shame in my game when I say that. I like superhero movies, comic books, and video games.

A couple weeks ago, I decided I wanted to take my wife out to a decent movie. A few weeks before we had seen that embarrassing debacle Iron Man III. I was a little bummed out because it looked to be good from the previews. I usually am pretty good at nailing how a movie will be from the previews, the vast majority being an utter waste of time and therefore life.
After Iron Man III, I was in a wait and see mode for Man of Steel. Even more so when I saw that Rotten Tomatoes gave it a 51 out of 100. But something gave me pause. It was the audience rating. It was at 82. Of course, that wouldn’t be the first time that kind of thing would have happened where the audience and the critics disagreed.
However, to err on the side of caution, I decided to go see Star Trek: Into Darkness. Everyone agreed that was good. To my chagrin, the theatre had already taken it down to two showings. The first was at noon and that had already passed. The second was after 6:00 p.m. which means I’d be paying full price. I never pay full price at a movie theatre. Never. It’s either matinee, five dollar Tuesdays, or I wait for it to come to video or Netflix. call me Mr. Cheapy.
So now I’m stuck with skipping the movie altogether or biting the bullet and go see Man of Steel. I decided to Give Supes a try.
Despite my reticence and the fact that my wife fell asleep during the movie (nothing new since she falls asleep on most movies we watch. Even at home), the movie was good. Real good. Fantastic even.Thoroughly enjoyed it and got my money’s worth.
Afterward I asked, “Why did they dislike the movie?” The general consensus was that it was too dark and didn’t equal the Christopher Reeves Superman. They didn’t want anyone reinterpreting who the hero was since that had been firmly established. Though I understood what they meant, I didn’t think that was going on.
What I think was intriguing was the fact that they didn’t want anyone messing with their hero. We want our heroes like they’ve been written and any wide departure from that is definitely a big “No, no.” Again, I don’t think that happened but I agree with the thought. A hero has core values that should never change. Though they may be challenged or made stronger, they are never reversed. When we start going there, we begin to change the essence of our heroes to fit our whims and not cheer the hero for who they are.
As a writer, it’s important to keep this in mind when we create our protagonists. What makes our hero the hero they are? What are the non-negotiables that will always be in place? What virtues will be highlighted? Once that has been firmly established, it’s essential to stay true to it. Fans will expect it and call you on it. Case in point: Iron Man III. Talk about not staying true to character. Some massively awful writing and it showed. Big time.
With Man of Steel, it was different. The writing was good and stayed true to character. The characters were slightly more believable for the genre but there was no wide deviation. Kal-El was still Superman at his core. Honest. Humble. Self-sacrificing. Optimistic.
The writers from Iron Man III need to learn from the writers from the Man of Steel. Make sure the heroes stay the heroes they’ve always been at their core. No less for villains.
40.4172871-82.907123