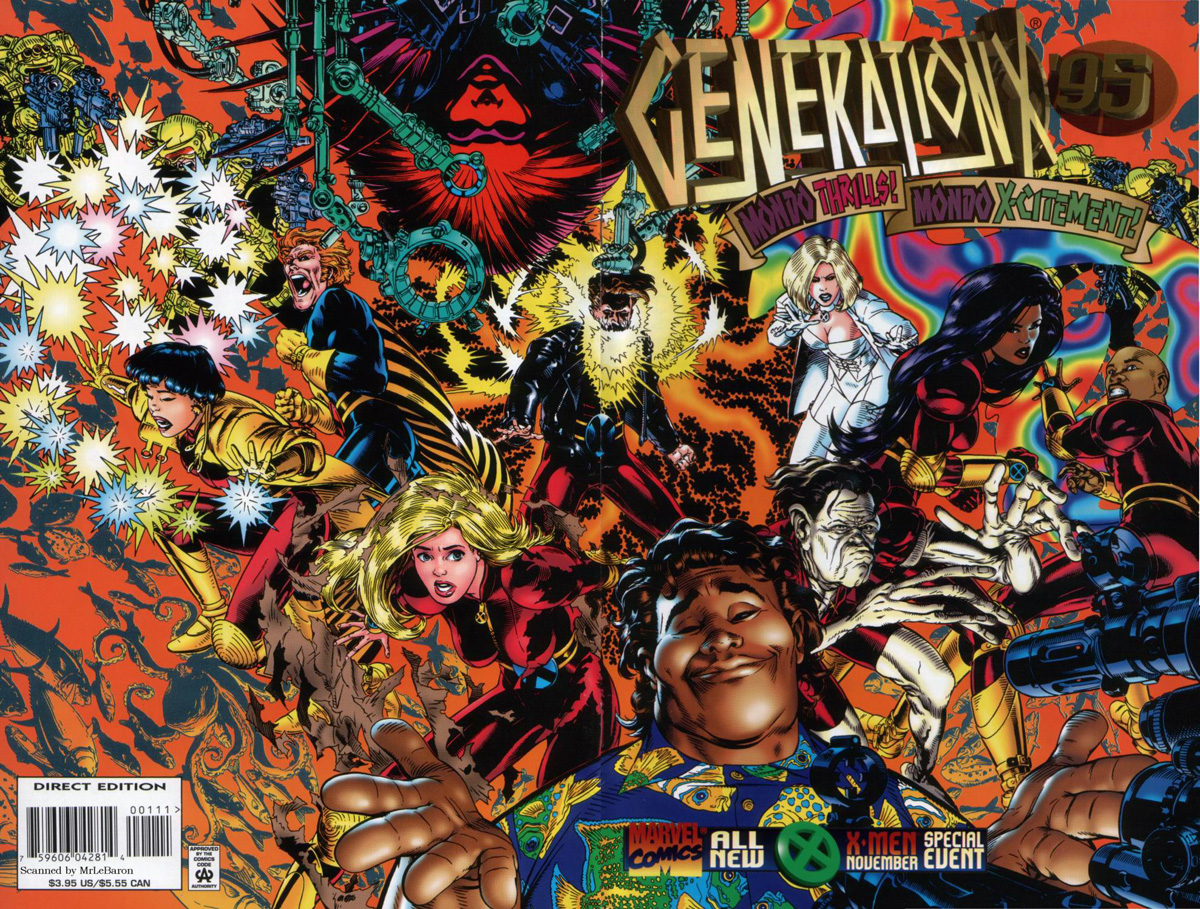 I’m picky. There. I said it. I’m picky about the food I eat, the television shows I watch, the music I listen to, and the books I read.

If you’ve been following my blog at all for any length of time, you know that I’m a superhero novel aficionado. I have a lot of superhero novels and the list keeps growing. This is one in the list. Generation X is the name of the team of teenagers that were under the tutelage of Emma Frost (White Queen) and Sean Cassidy (Banshee) in Marvel Comics. They got their own comic book title in the mid-1990s (1994 to be exact). That run went on for 89 issues before the book was canceled. It’s the brainchild of Scott Lobdell, the writer on the series, and Chris Bachalo. It was during the height of mutant popularity in the Marvel Universe. This book was written in 1996 though it came out in 1997 and is the first of three.

First, I have to admit that I’m not a big fan of YA (young adult) novels. Just past all that I guess. I like adult-oriented stories and topics. But I’ll read a good story regardless.

The fact that Scott’s foray into writing a novel was a result of his popularity in writing the X titles during that time may have seemed like a good idea at the time but it’s apparent that he should stick to writing comics, not novels. The two are totally different beasts and you have to possess the talent to be able to grab the nuances of both.

Understand that writing multiple main characters in a book is a tricky endeavor. There are more than a few things to consider. There’s the pacing in terms of how much time does each one get. Who are really the main characters, the standout stars on the team?  Then there’s tying them all into the main storyline. I believe Lobdell and Maggin did this competently though there were a few holes that weren’t patched up well.

One of the main problems with the book is that the story suffers because of bad plotting. The main villain shows up for no reason out of nowhere. There’s no explanation why they decide to target the team. Add to that the disjointed writing style. If you’re not familiar with the characters (which I was not. I actually bought some old back issues to get familiar) you will get confused in how they jump back and forth sporadically with the team members codenames and real names. There’s no structure and it would happen more than once in the scene.

For example, one of the character’s names is Jonothan Starsmore. His codename is Chamber. In one scene, they would refer to him as Jono, Chamber, and Starsmore for no reason instead of just either keeping it as Jono or Chamber. Add to the confusion that there were other characters in the scene whose names were going through the same back and forth and it just got silly.

Then there’s the bad editing. We’re talking grammar structure, punctuation, sentence fragments. In many places, it was simply a hot mess. You may be able to overlook this if the story was compelling. No dice. As a writer myself, it was just annoying to have to hurdle all those errors which is why I struggled to get through the book. I started reading this in October of last year (2017) and I just finished in January of 2018. This is after multiple attempts and short stints in the book. I read other books and finished them before this one. I could have just let it go but I’m a stickler to finish what I start but it was difficult.

All was not horrible. The last part of the book was put together much better and the ending wasn’t bad. It wasn’t really meaningful as I believe they wanted it to be because you didn’t really connect with the character much. It’s hard to do when there are so many vying for the spotlight.

On my scale of A+ to F, this is coming in at a C-. Just barely hanging on here. I mentioned this is the first of three books but it will be a good minute before I decide to brave another book in the series.